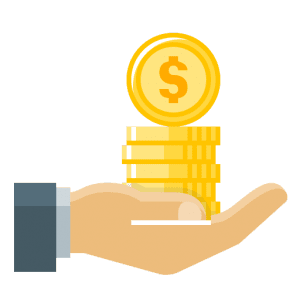 You would have had to be living under a rock to not have seen the rise of online bingo in recent years. An industry that many once had huge doubts over has become a true force to be reckoned with, as it now makes up a leading element within the entire online gambling landscape. This is especially true in the UK, as British punters seem to have more of a love for bingo online than any other country in the world right now. Considering how big online bingo has become, it pays to look at just what stands behind the true meteoric rise of online bingo sites in 2017.

With all of these online casino bonus deals flying around here, there, and everywhere, a big question has been asked. This question relates to how exactly do online bingo sites make money. The reality is that the answer to this question isn’t actually all that complicated, because the business model has actually been around forever. When it comes to online bingo, from a business perspective the industry (and the game in general) follows a similar formula to the national lottery. What we mean by this is that online bingo sites are able to generate funds through an entry fee system, keeping a small percentage of any entry fee paid, before offering up the rest of it as prize money.

Let’s look at an example, which should help you get a better grasp of exactly what it is we are talking about. Say an online bingo site charges players £5 per ticket, or for room access. 20 players then pay this required £5 charge, meaning that the online bingo site takes in £100. An online bingo site will then choose to take 25% of that figure, putting the remaining 75% towards the “pot”. This means that there would be a £75 prize to be split between the winners of said game. Here is how that £100 may look in the eyes of the bingo site:

This is an example that looks at how an online bingo may operate when it comes to profit, but not every online bingo site is the same. Massively sized online bingo sites will look to cream a small amount of profit from every ticket sold, as they are able to sell tickets on such a massive scale. For this reason, they may only take between 2% and 5% on every ticket sold, but the same won’t be said for small operations. We’ve even seen some upstart sites command upwards of 50%. How this can impact a player is through prizes. So, if an online bingo site is charging the earth for a ticket, yet is only offering a half-baked prizes, you can be pretty sure that the company behind the brand is taking a bigger cut.

Online bingo is obviously one of the most fun forms of gambling in the world today, but the sites that lay behind the game are all about business. When it comes to business, these sites know a thing or two about how to make money, as that is the aim of the game. When it comes down to it – and this may sound harsh – the online bingo sites of the world couldn’t care less if players win or lose, as it comes down to cold hard cash at the end of the day. They obtain this through game entry fees; so from that point, the experience is up to whatever players choose to make of it. With that in mind, if you’ve ever wondered about how your favourite online bingo sites make money, the aforementioned has explained it all.