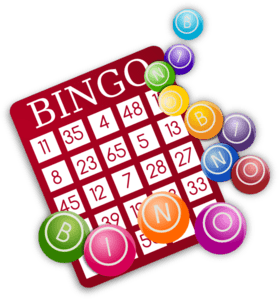 Bingo.xyz wants to bring you the following information, as it has to do with the payout rates of online bingo sites. We take this seriously, because this is your money that we’re talking about, so to help out novices and oldies alike, we’ve done a survey in European countries. It’s the players who can give us real insight to legitimate experiences, so based on the feedback from that survey, we’ve got a few sites with the highest payout rates listed here. It’s important to note that experiences may slightly differ from each other.

One of the oldest bingo names, as it was established in 1961, Mecca Bingo has 95 clubs across the UK and a site that is operated by The Rank Group. The site in question is powered behind the scenes by Virtue Fusion Software, which you may know by another name – Playtech. Mecca has paid out pounds in the millions to customers both online and off, and promotions on Mecca Bingo are unique instead of networked. The customer service is especially worth a mention as it is top of the line, in addition to being based in the UK. Players at Mecca can make withdrawals from £10 to £15000, all delivered pretty quickly to your bank account.

Among the number one sites that are currently operating in the UK, Wink Bingo has been around since before smartphones, founded in 2008. They have a management style that is very active, as well as an impressive gambling portfolio, and the site has managed to increase its player base to around 60,000 active players at any given time. A result of their hard work is numerous awards and a rating of 8 out of 10 on Trustpilot. In addition, playing at Wink Bingo can help a good cause – they’ve got unique themed games that donate 30% of their revenue to the Cancer Research UK Campaign.

Back in 2008, there weren’t a lot of bingo sites to play at, as it hadn’t taken off yet. In 2016, 888Ladies was unmatched in both gaming and site services, and that has certainly carried over to 2017, as it has won many awards and that number is only going to go up. If you’re on the lookout for a site that offers everything from great operation to great customer service, or a site that has been proven to be reliable and trustworthy, then 888Ladies is the site for you. If it’s offers you’re looking for then you’ll be happy to know that 888Ladies takes the crown the online bingo bonus crown too: deposit £10 and play with £70 for bingo and slots.

Bucky Bingo has also been on the scene since 2008, and is powered by Playtech. They have a player base of over 50,000 people, and the site has won a variety of awards for their bonuses, their games, their customer service, and their withdrawal rate of payout. In all honesty, Bucky Bingo is one of the best sites that we can list in this category.

If you play any sort of online gambling, you’ve probably heard of Betfred. Betfred Bingo is just another one of Betfred’s verticals, joining the ranks of Sports, Lottery, Casino, and Slots. There’s no wonder why players keep coming back to Betfred, as their customer service is top of the line, and their payouts are always approved on time, with the best payout rate in the industry today. Definitely give Betfred a try, as when you join and deposit, you’ll have access to a deposit £10 get £60 to play with offer.

One of the bingo sites offered by Gamesys, Jackpotjoy offers £35 if you join and make a deposit of £10. Jackpotjoy is a favorite of many bingo lovers out there, and has quite a lot of awards under their belt. The payout rate is pretty good, and there are many deposit options available to players, including debit card, credit card, PayPal, Laser, Neteller, and Ukash vouchers. There are 40 million UK bingo players that have put their trust in Jackpotjoy.

Heart Bingo is our final addition to the list of bingo online sites with the best payout rates. It was launched in 2010 by the same people that run the Heart Radio Station, and, like Jackpotjoy, is powered by Gamesys. Though smaller than many other skins on Gamesys, the promotions are their big draw, as they center around the radio. In addition, there is live radio offered on the site, and the bingo rooms often aren’t busy so there is a pretty fair chance at winning. Customers say that this UK online bingo site is safe and secure, with awesome customer service, and payouts aren’t a hassle at all to grab.