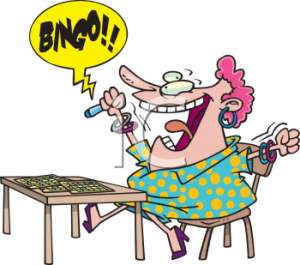 While it might seem that online bingo is a harmless game of chance enjoyed by old people, there are many different demographics drawn to bingo, especially in this modern age of gambling. Whether they play online, through their mobile, or in person, the game is evolving by the day. Given how many people across the UK have a passion for gambling, it’s great to see that many forms of gambling – such as online bingo sites – are on the up. The following takes a detailed look at bingo online, looking at demographics that are currently playing game and why they are doing so.

Catering to One and All

85% of bingo players are playing online, but that member shouldn’t really surprise anyone. Given that the legal age of gambling is 18, bingo sites claim everyone from ages 18 to 100 are playing, but it’s hardly difficult to create a fake account and play before becoming 18. This claim is also disproven when you consider that 70% of pensioners have never been online. The Independent (a popular British newspaper) claimed in January some 9 million people in Britain were gambling, which just shows how many UK online bingo sites and other forms of gambling are pushing forward.

Delving a little deeper into the figures

If we were to look at the facts about who is playing bingo (online bingo, no deposit bingo, and otherwise), we see the demographics are:

If you want to play bingo with like-minded people as it were, then you’re sure to find them somewhere within the online realm in 2017. Some newspapers have put together their own online bingo halls to bring people together, while others set up their own “cheeky” online bingo parlours where prizes are offered accordingly.

From William Hill to Wink, LadyLucks, and LoveMyBingo, the range of bingo sites differentiate the bingo rooms at hand by a range of gender, age, and prizes specifically created to draw the younger crowds. Creating games that can be played through smartphones and bingo apps for tablets also drew in the younger crowd. While 80% of bingo players are women, there are still some men playing. It doesn’t matter what your interest or mind set is, there’s bound to be an online bingo room for you, as the industry is just that far reaching in the digital age.

Land-based bingo in is trouble

Given the increase in online bingo numbers, land-based casinos are gearing up for difficult times. Revenues have been dipping in recent years, while it continues to skyrocket for online bingo halls. A third of British bingo halls had to close down in 2012 as people moved to the convenience and comfort of online gambling.

If you’re someone who isn’t as computer-savvy as others, then you’re probably sticking to bingo halls, as online gambling doesn’t have the same allure and appeal that it has for younger players. Teens and 20-somethings alike have grown up with their smart phones and – as such – might not even consider going to a land-based casino given the digital nature of their lives.

Online bingo is now the game that everyone’s playing!

Until the online bingo boom of recent years, many people associated bingo with old women crowding their local bingo hall with their bingo dabber in one hand and a bingo card in the other. Bingo is considered gentle and easy enough to play, with plenty of opportunity for chat between games; offering older people a fun way to spend their evenings. Of course, this isn’t the case at all.

Modern bingo is played around the world in modernised bingo halls and with online bingo as players of every creed and colour log on and enjoy the fun. It’s cheap through the various online bingo bonus deals, fast, and exciting thanks to all the great jackpots and prizes on offer. Bingo is no longer the realm of older people, attracting men and women of all ages. Online bingo allows people who wouldn’t be able to reach their local bingo hall to enjoy a bingo game whenever and wherever they want.