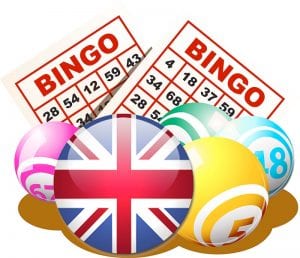 Online gambling in the United Kingdom is reaching a legitimate fever pitch in 2017, as gamblers just have so many options to take advantage of. Back in the day, it was a case of what you see is what you get, as the industry gave players only a few options to work with when it came to laying down a wager online. However, as time moved forward, the online gambling realm grew into an industry all of its own, something that very few people actually saw coming. Breaking down the online gambling industry into sectors, it’s clear that online bingo stands strong as a shining light. While UK online bingo sites tend to be growing by the day, questions still remain in the eyes of players. The biggest questions we see touted online are, how many bingo sites are there in the UK? Plus, how did bingo online become such a popular pastime? Read on to discover the answers to both of those questions!

Those players that have been playing at bingo sites since the very beginning will certainly have noticed something as of late, that being the sheer growth of the industry. The online bingo realm in the United Kingdom generates huge profits these days, with the money simply flooding in. Since first appearing in 2004, it’s been the slow and steady changes that have seen the industry generate more traction. Part of the reason as to why players have shifted to the online domain actually has its roots within land-based play. This is because the venues that once housed the game have become distinctly passé and out-dated. Appearing run down and past their prime, these premises simply struggled to hold together what once was a very community based audience. For many, the nail in the coffin was the 2007 smoking ban, which further turned away mature players. Thankfully, the online bingo sites of the world were at hand to fill the void. In the years that followed the number of players increased, to the point where millions now play bingo online daily.

What has certainly played its roll in putting online bingo on the map has been the growth in number of bingo sites that are available to players. Back in the early days, there were around 20 active sites, but that number has now changed dramatically. At last count there were more than 350 active online bingo sites in the UK alone, which is actually a fitting number given just how many are partaking in the game these days. While this number of available sites is certainly a huge positive, it has brought something with it that tends to divide opinion. That “something” is competition, as such is now rife in the industry, as bingo sites are now willing to fight tooth and nail to secure the business of players.

There may have been an explosion of bingo sites through the pure nature of competition, but there has been a downside to this. This downside relates to the fact that some bad apples have sneaked into the industry. These sites have actually harmed the image of the online bingo industry to an extent, as they are anything but clean cut. Carrying shaky security, questionable licenses (if they have any at all), and a money grabbing mentality, these sites have really made some second think the whole idea of “competition” within the world of online bingo.

It has certainly had its fair share of ups and downs over the last decade or so, but there is no denying that in spite of its drawbacks, online bingo as a game has earned its stripes. What the above has broken down is not just the number of online bingo sites at hand in the UK, but just why they have become so popular amongst online punters.

Allowing you to experience the thrill of the tickets without ever having to leave your own home, online bingo has been a real game changer. For that reason, what are you waiting for? Grab yourself a no deposit bingo bonus today and get ready to play for the biggest jackpots around at the 300 plus bingo sites that are currently clambering for your business!